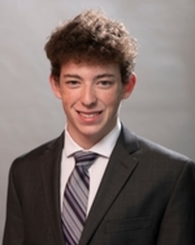 I find describing myself to be a bit difficult.  While I'm  confident in my skill and abilities, trying to sell myself to you, a potential coach, seems like bragging, which is out of character for me.  That said, I will explain how I got to this point in my life in a short timeframe and hopefully I'll give you the full picture.

Unlike many hockey players who started skating as soon as they could stand, who have 10 or more years of hockey under their belt by the age of 15, I started when I was the ripe old age of 12.   I participated in other sports, including Karate and track and field.  When I was 12, the opportunity to play hockey was available as part of my school's athletic program.  I had never skated or played hockey before, but watched friends play, and the position of goaltender had me mesmerized. THIS was something I wanted to do! And it was my decision because of my desire, not my parents (well, other than the financial piece) or any other outside influences.  Talk about a challenge!  I had to learn to skate, and the rules of the game, which my peers had an advantage of having done so for many years.   I was hooked.  I started playing competitively after my first year in "house" hockey.  My drive to catch up and be the best I can be had me playing 5 days a week at school, sometimes twice a day, some evenings with private coaches, APing for other local teams, along with 2-3 days per week and weekends with my district team(s). That is my personality, to do whatever I can to succeed.  All while maintaining honor roll status at school. I try to keep both sports and school in balance, as both are equally important to me.

In my second year of hockey I was voted Goalie of the Year with the association, having completed an undefeated season, with no back up goalie.  I played every game injured or not.  It is easy to watch a video clip of me playing, making saves, and of course I will upload the ones where I look my best.  But what a video will not demonstrate to you is my personality and drive, nor the efforts and background challenges that I have overcome in a very short time to get me to where I am today.  That is what the real me is about, the person behind the flashy saves.  The kid with immense drive and dedication to being the best. The old soul who can recognize that sports and school go hand in hand, and that you need to have equal dedication and attention to succeed in both areas. This is the real me that is not seen in a video or a picture, this is the ME who will be an asset to any team and school that I play for and attend.