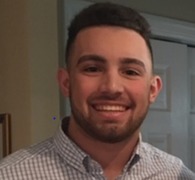 The Mineola Boys lacrosse program has been on a roll. The Mustangs have qualified for the Nassau County Playoffs in each of the past six seasons, including a trip to the Nassau County Championship game in 2015. With an 8-8 record in 2018, there is no reason to think they won't be competitive again in 2019.

The Mustangs strength is their defense. They return a dynamic duo in Junior, John Salamone, and Senior, Joe Carr. Salamone had an excellent 2018, when he was named Honorable Mention, All County, as he led the team in ground balls and caused turnovers. Salamone has great footwork, and competes for every ground ball. Carr who was All Conference last year, is a big factor in the clearing game and igniting transition offense. In Carr, the Mustangs have another defenseman who is a ground ball machine. Junior, goalie Danny Renner has some big shoes to fill, as he will replace All County, goalie Chris Shannon (Mercy). Renner is up for the challenge as he has been doing a good job and improving by playing in winter league games during the offseason.

On offense the Mustangs will need to fill the void left by the graduation of two time, All County, midfielder John McMahon (Stony Brook). All Conference, Senior, attackman Jack Duff will be counted on to step up and carry the offensive load. Joining Duff on attack, is McMahon's younger brother, Junior, attackman Aidan McMahon. Duff and McMahon will need to become a formidable offensive combination, if Mineola is to be successful this spring.

With seven starters returning this season, and a strong JV program, the Mustangs should be able to overcome the losses of Shannon and John McMahon and be in the playoff picture in 2019 and for, at least, the next few years.