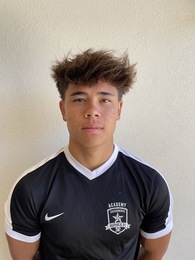 My name is Chase Tanon and I am currently a soccer player for the US Soccer Developmental Academy (USSDA) at Sacramento Republic FC.  I am a fast, explosive attacker and playmaker threatens any opposing team.  I was born in 2004, and have played soccer ever since I was 4 years of age.

I started playing competitive soccer in 2012 at Placer United Soccer Club in Northern California.  In the latter half of my career at Placer United I competed in the US Soccer Developmental Academy (USSDA) for the

During the two seasons of USSDA at Placer United, I played 53 games, scored 58 goals total ( not including times that I guest played for the 2003 Placer United academy team ), and also was regularly invited to US Soccer's National Training Centers.  http://sacr.ussoccerda.com/sam/teams/index.php?team=12106120&player=872473977

During the 2018-2019 season, Placer United lost the USSDA Academy for the 2004 age group and older.  This was very disappointing to the club as a whole as well as myself personally.  After a year of playing in the Norcal Premier League, I decided I wanted to be at the top level in the USSDA, and made a difficult decision to transfer clubs to Sacramento Republic FC.

I am currently on the combined year U17/U16 Development Academy team roster.  From my many years of playing soccer, I have always given my full effort in being the best I can be on and off the field.  I've remained focused on my studies, staying above a 4.0 cumulative GPA after my first two years of high school, am involved in Student Council, and am active in my church youth group when my soccer schedule allows.  I trust God to strengthen me and help me to be the hard working, positive, focused person He has put me here to be.