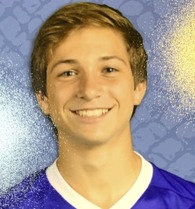 Ehhhhrrrrrrt. The final buzzer echoed through the Pepsi Center. We were the ice hockey Peewee AA State Champions. I was the goalie.

In the wake of this success, I faced a dilemma. During the season, I hadn’t kept my grades up or turned in my homework. My parents gave me a choice: Better grades or quit hockey. Being a seventh grader, I assumed they were bluffing. I had played since I was three; this was my second state championship and a core part of my identity.

At the end of the school year, my parents sat me down to tell me that I was quitting hockey. Not only was hockey my favorite thing in the world, but my greatest achievement was winning a month earlier. This news tore me apart; I was heartbroken.

I practiced with my teammates through August, unwilling to accept the truth.  For all ten weeks of summer, I begged and pleaded with my parents to give me another chance. From the time I was five, I had not gone two weeks without hockey. I didn’t tell my teammates, and, when August arrived, I did not show up to tryouts.

Losing hockey removed a core part of my identity. All of my friends played hockey, and I was lost. I became depressed, and I had trouble at home and school. I struggled socially and academically throughout eighth grade. Freshman year, I decided to rebuild by identity through another love: soccer. The damage was deep, but I was determined to change.  I learned to balance school into my schedule. I practiced hard and played harder.

Sophomore year arrived, and I made JV as a starter. Now, I play varsity soccer, play varsity basketball, and balance a job selling Cutco Knives. I have found a great group of friends. Most importantly, my grades have improved.

From this experience, I found that hockey was not my identity; my identity is my competitiveness and drive.  This ultimately allowed me to pursue, successfully, other sports.

I learned two things through this experience: First, it is important to prioritize what will be beneficial long-term.  Second, I learned that balance works best with prioritization. Through prioritization, I can manage time, allowing for what I need and doing what I love. Throughout our lives we face dilemmas; how we respond to these dilemmas, and recover, ultimately define us as people.