College Coach? Click here to view all of Reed's information. 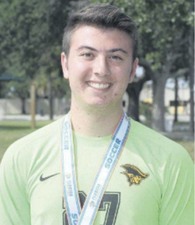 When I was 5 I knew I wanted to play soccer. That seems like a pretty mundane statement and one that you have heard a million times but for me it’s profound. You see at 5, I was already a warrior. My grandfather, his brothers, my cousin and my great cousin all played (or are playing) in the NFL. My grandmother is the only female inducted into the NFL Hall of Fame. The easy button would’ve been following my chosen path. It was clear I had the genes.

However, I knew I was destined to blaze a new trail. I started playing competitive soccer at 7.  For me the decision to buck the system was a foreshadowing of things to come. The turning point came in 8th grade. By then we were playing pretty competitively and our goalie tore his ACL. There was no back up.  The coach asked if I would be willing to give it a shot. Compared to the alternative (which was we forfeit the season) I decided to go for it and played my first game as Goalkeeper.

As you know, most goalies start in that position when they turn 5 and I hadn’t spent 5 minutes in a net. I trained, practiced, watched and learned from my mistakes during games. I was a leader and had to prove to my team that our season wasn’t over and I was up for the challenge.

The next year, I was applying to high school. I came from a middle school that feeds into basically one high school. Every person I knew was going to the same place but for me I was already thinking about “this” moment. I wanted to set myself up to have the best option for college. The decision was not easy, but I chose to leave the safety of being the top student and the comfort of having all the friends in exchange for what I knew would be a hard road. I entered a school not knowing a single person, wondering if I could handle it academically and hoping that I would make it athletically.

Like becoming a goalie, I studied, prepared and worked to succeed in my classes. Academically, I achieved the success I had hoped and athletically I continued to play both travel and school soccer. I chose to focus on my high school team. This past season (2018/19), we really weren’t expected to do much and we lost a few games early on. However, with hard work and dedication, we qualified for the state playoffs.

This is where all the life decisions I have made played out. You see, the two games leading up to the state championship came down to penalty kicks. Both games were intense. In the semifinals, we played the number one ranked team in Florida (they were ranked fifth in the nation). I had the weight of 14 graduating seniors on my shoulders and I knew I couldn’t let them down. I made the game winning saves. We went on to win the state championship.

I ended up making the Miami Herald All County first team. This experience reinforced the fact that I wanted to pursue my childhood dream of playing competitive soccer. I have the genetics and intelligence to be successful in a key role. To be an effective goalie you need to be able to think quickly, anticipate ball placement and read opponents correctly. I have a math mind that allows me to do that. I achieved perfect math scores on the ACT, SAT and Math 2 subject tests. This is one trait that sets me apart from other recruits. I also understand the importance of a “team”, no one position is more important than another. This combination will make me a strong collegiate player.