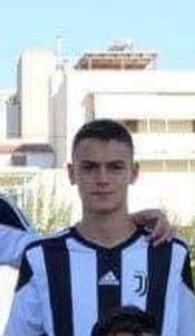 My name is George Matsas, born in Athens Greece on April 24, 2002.  I am currently a sophomore in Penteli High School in Athens.

I have started thinking and planning my studies and as I was influenced by several people related to my family, mainly by my godfather, who studied and lived in the United States (1983-1998), I decided that I want to pursue my future in the States too.

My academic focus is in the area of science with emphasis in mathematics, physics and biology.  My main extracurricular activity is soccer, a sport I have been playing since I was a little kid.  I would like to study in the US because of the high level of college education and the opportunity to play competitive soccer at the same time.

Unfortunately, my family cannot afford the expenses associated with the above mentioned studies and therefore I would like to inquire about the possibility of getting an athletic scholarship in a university in the states.

My soccer activity started at the age of 5 and since then I have been playing consistently.   I have been part of two teams, “Cosmos” from 5 years old to 14 and “Juventus Academy Athens” from 14 till now.  My main position is defensive midfielder but I also play depending on the team needs, as a right fullback and a central defender.  My current team won the under 15 championship (EPSANA – Easter Attica Soccer Association) last year and I was the starting defensive midfielder throughout the whole season.  This year in the under 18 championship, we reached the final four and again I was the starting defensive midfielder.  On a personal level, I have twice been selected in the all state (Athens/Attica) team for my age group.  In addition in 2013, I participated in the Gothia Cup in Gothenburg, Sweden where my team Cosmos made it to the round of 32.

I am at your disposal for further information, recommendation letters, etc.

I am looking forward to your response.

Thank you in advance for your time and help.