College Coach? Click here to view all of Jack's information. 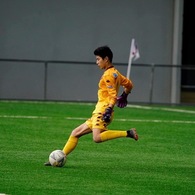 The Aussie sun beat down on my exposed skin as I prepared for my first NPL trial. On the back of a successful season with my club’s and school’s A team, as well as playing up two age group, I felt like I had the world at my feet. Despite just starting to play a few years ago, I felt like I was prepared. Little did I know the uphill battle which I was about to encounter.

NPL teams only have one keeper per age group, and most clubs have already offered their keeper a retention spot, so, performing well doesn’t always result in success, put simply, I was not offered a place. This prompted me to go to my backup club. Upon arriving to the facilities, I was told to put on a bib and join the group already warming up. I was confused as I’d been told that there were separate keeper trials, but I went with the flow. Little did I know that these trials were for another age group, as a result, I was automatically rejected.

When I received the two emails regarding my results, I was firmly brought back to ground, but more than ever, determined to work even harder, so when my U15 coach sent emails touching on early pre- season training work in boxing, I immediately signed up, still optimistic that one day I can reach the top. On the first day of the sessions I walked straight into the gym where these sessions were conducted expecting a whole room full of chatter, but it was empty... I was the only one who turned up. For the whole pre-season, I trained one on one with an instructor, during that period, I got a lot stronger and more agile, honing my reflexes as well as receiving high quality training in a new sport.

One lunchtime later that year, an invitation was extended to my club to trial for the Melbourne Victory Academy, it was forwarded to my whole team. I went to the trial more confident in my physical ability and determined to get a spot. In the scorching sun I played my heart out, ensuring it stays on the pitch after. They said they will reply to all successful applicants within 48 hours. My heart sank when that deadline had passed. I realized that was it. Possibly my only chance. Blown. Despite this, I reflected on one of my past trials, which I failed as I was too shy to speak up, so I took a huge leap of faith into the dark and reached out to the coach in a last gasp effort. He apologized for not informing me that I had made it to the next phase but congratulated me for being the only one at my club to make it. This phase was intense, everyone here apart from me and 2 others had just participated in and won nationals. The quality of players was drastically better, the pace, significantly higher, even the goalkeepers. However, I kept ‘grinding’ and kept up. When I finally received an email notifying me that I was accepted into the program I lept with joy, ten feet off the ground. The year that followed was truly a turbulent one, one filled with many injuries, but an experience which I will cherish for the rest of my life, not only for the newfound friendships, but also the higher quality of oppositions, and teammates.

As I reflect on my turbulent journey from 2016 and 2017, I have realized that not making the two NPL teams were truly a blessing in disguise, not only have I improved considerably on the pitch, but I’ve also grown as a person off it.

Now, if you've read this far, I urge you to check out my co-curricular involvements, and try find a more diverse student athlete.