College Coach? Click here to view all of Nathaniel's information. 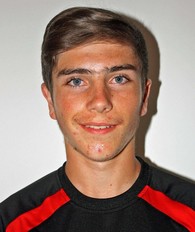 For my club-team I play mostly box-to-box and center defensive midfielder.  My strengths include my technical abilities, work ethic, and my leadership and communication on the pitch. I have been playing on my school team since I was six years old, switched to travel when I was ten years old and to club a year later, and have been playing year round since then. Originally, I was attracted to soccer because it was just fun to play. However, as I developed in the sport, I've fallen in love with the tactical and technical sides of it as well. I played Varsity with my high school team last year as right wing and made varsity again this year.

I was a captain for my Pipeline 01 Black team last season, and am again this coming year. Having the honor of being a captain has changed me for the better in many ways during play. It has grown my confidence in my abilities to where I know what I can do, but I don't try too much. It has forced me to keep my composure and attitude in check during games, regardless of what is happening in the game. It has also helped me become better off of the field, as I realize that I represent my team and all of my teammates.

I also had a great experience with my Maryland ODP team this past season. Coming into the season, I was new to ODP, and it was hard in the beginning because I felt like everybody knew everyone else except me. However, by the time the ODP Regional tournament came around, I had fought my way into the starting lineup, and played every minute of every game. Then, during the summer, at the Region 1 camp, I was able to earn my way into the pool game on the last day and won a spot on the Region 1 Pool. Overall, my experience with ODP has taught me to not give up and fight for my spot. It also helped me to believe in my abilities, keep doing the right things, and trust that things will work out.

I am looking for a college that I would fit into well, both athletically and academically. My goal is to play soccer at the highest level possible in college.