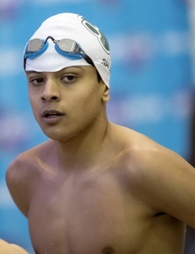 I’m a 2nd generation east Indian-American. My grandparents sought refuge and immigrated to the United States looking for a better future. In 1965, just as my grandfather was completing his medical training in Mumbai, the United States Congress liberalized laws that had severely restricted Asian immigration. While only a few thousand Asian-Indians lived in the United States in the 1960’s, by the mid-1970s, my grandparents represented over 300,000 Asian Indians that immigrated.

They were largely aware but unprepared of the cultural differences that ensued. My 1st generation parents experienced a dyssynchronous situation where modernity clashed with tradition. While my grandparents labored to preserve their cultural and religious heritage, my parents struggled to identify themselves. They grew up balancing chicken curry with Big Macs, Bollywood versus Hollywood, Cricket with Baseball, and Hindi versus English. As the next generation growing up with parents as ethically-integrated Americans, I began to learn what a blessing it is to have the knowledge and customs of different cultures ingrained within me. Different than my parents, I embrace these differences enjoying playlists ranging from hip-hop to Bhangra and Thanksgiving dinners that include a traditional turkey with a side of Paneer (Indian cheese). The evolution of distinction between cultures has become a wonderful mosaic of arts, music, language and spice that have resonated and defined me.

I have always had a predilection to sports. Football weekends starting with Friday night lights high school ball, transitioning to busy college Saturdays and then packed pro Sundays, there is rarely a season where I am not fully engaged and consumed with athletic competition. My father played collegiate soccer, and this was a big deal for him coming from a immigrant household where anything other than academics was deemed a distraction. I was taught that sports, however, brings a healthy competitive sense as well as discipline and structure. To that end, I embraced swimming. While the practices can be intense, swimming twice a day with meets on the weekends, the sport helped to mold me by blending not only my cultural strengths but fortifying my academic and athletic fortitude.

My background allowed me to seek opportunities that carried me across the globe. Whether it was an internship to Ecuador, trips with my father to the Middle East, or family visits to India, I have nurtured personal character values such as perseverance, a strong work ethic and an open mind to things that are different. Through my work experiences teaching special needs children in the pool, tutoring those from underserved communities, or mentoring young immigrant boys, I will continue to apply the essence of my bi-cultural background to everything that I do.