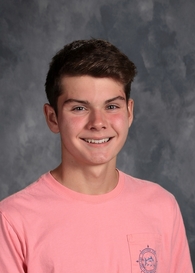 Unwillingly, I started swimming in my local summer country club league in 2013. My mom made me do it. I wasn’t very fast nor did I stand out. Things went on like this for the next two summers, but as I continued to swim I started to enjoy it more and more. I would start to win my heat in a race or get some points for my team. Things went on like this until the year 2015, the start of my 6thgrade year, the year when everything changed.

In 6thgrade I had decided to join a year round USA swim team known as Triton Swimming of Louisville. When I started I wasn’t particularly good (just like my summer country club league), but I was good enough. The next season, I was moved up to the Gold group; however, things took a turn for the worst. When I joined Gold group, I was arguably the slowest one there. I was overlapped by my teammates and felt as if I was looked down upon. Eventually, I was moved up to what was called the Senior Prep group, a place of improvement, but one where swimmers were never expected to become valuable athletes in their sport. At this point, I felt like giving up just like I had done in other sports; whether it was flag football, lacrosse, or basketball. I had become sick of quitting so I decided to stick with it.

For the next year and a half, I was stuck in that group constantly trying to claw my way out, and I put effort into every practice. The requirement to move up to the next group was two 13-14 state cuts. I ended up with 7 that year and moved up to the Senior 2 group. I then spent the next two years in Senior 2 and then the Senior 1 group. As I continued to swim in these groups, I started to notice why I love swimming so much. It’s the fact that swimming has an infinite amount of personal goals.

Swimming is a team sport, but it is unlike other team sports.  In basketball and football, you could be the greatest player ever but run out of goals, such as winning a desired amount of championships or awards. With swimming, you could achieve almost every accomplishment you could possibly think of and still, have one sitting in the back of your brain….TO GET FASTER.  I also noticed my work ethic at practice making me stronger and stronger; and with each passing day, I became hungry for victory.  This all paid off when I won my 2020 high school regional championship in the 500 free and was runner-up in the 200 free.  Also, I am now in the top level of my USA swim team.

Even though I love the constant passion to improve in swimming, I also enjoy the camaraderie and friendships I have made with my teammates.  If I never had started swimming, some of my best friends wouldn’t be in my life today.  They have made me a better swimmer and person.  Teammates should lift each other to improve both personally and in swimming. Swimming also improves my work ethic not only in the pool, but also in the classroom.  It keeps me organized and structures my day.  I want to continue swimming in college because it is what I love to do.  I fully intend to continue improving as a swimmer and student. It gives me goals that I can work to achieve, it provides the structure I enjoy for my classwork and it provides the teammates that become friends as well as competitors and make me a better swimmer.