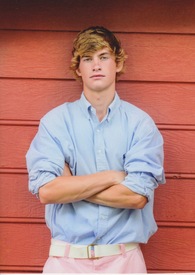 MY DREAM: to play and contribute to the success of a top 50 ranked college team (in Division 1) and  go to the NCAA tournament, but I am open to what is the best fit for me.

My freshman year : I won the State High School Team AAAA Championship in Georgia  (in doubles).  I was the only freshman starter on a team with 5 seniors.

My sophomore year: I played #1 Singles for my high school team (leading us to a Regional Championship 10-0 in region, our team lost in the round of 16 in the state playoffs).  Named to the 2012 2nd team All County and also featured as Athlete of the Month in the East Cobb Game Day Youth Sports Magazine, May 2012 issue

In USTA tournaments I have seen a marked rise in my level of play starting back in November 2011 through Sept 2012.

In April, at the Clemson Bullfrog, I had multiple wins against several 4 star players and a significant  loss in a third set to the #3 player in the nation, Walker Duncan.

In May, at the Southern Spring Closed, I had 3 wins against 4 star players and lost to a blue chip 10-8 in the third set.

- at the Ga. State Qualifier, I finished in the top 8, with 1 win against a 4-star player, 1 win against a 5-star player (now ranked 34th in the nation (TRN), and 1 loss (in the 3rd set tie breaker) to a Blue chip player.  Please note, during the first three days of this tournament, I played through a lot of wrist pain due to a ganglion cyst, which caused me to retire in the round of 16 in the main.

- at Southern 16's Championship, I was a doubles quarterfinalist

-at the Clay Court Super Nationals I made it to the 3rd round of doubles, losing there to the 12th seeds

Boys 16s  Regional Segment in Norcross, Ga - Oct 27-29: ( I was just coming off wrist/shoulder injury and pneumonia) -significant win in singles over a top 15 player in the south

Boys 16s Bullfrog Mobile - Nov 2-5: Doubles finalist, with partner Bo Boyden, losing a very close match to a Blue Chip; 4th place in Singles with significant  loss to a Blue chip and a signifcant loss to the #75 player in the country

Boys 16s /d USTA Winter Nationals in Scottsdale, AZ Dec 27-30: In doubles, won first round and had a significant loss to Logan Staggs and Victor Pham(both blue chips) in second round.  In singles, a significant match with J.T. Nishimura (5 star, 29)

Played in ITA Summer Circuit Series at UNC Greensboro July 27-30 playing both the winner of singles and doubles.

-Improve my strength and conditioning

- Stay focused on excelling in academics

-Set up official visits to my top 5 schools

-Verbally commit to a D1 school by November signing period

- Apply for as many merit scholarships as I qualify for with my 30 ACT and 3.975 GPA