College Coach? Click here to view all of Kyla's information. 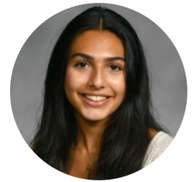 My name is Kyla Manja and I am a junior at Moravian Academy Upper School and rower at Whitemarsh Boat Club. When I began rowing just this past summer, I would never have expected that I would grow so attached to the serenity that came with being on the water and I could not have predicted the prominent and long-lasting effect that the sport would have on my life. There is a certain tranquility that I was affected by the moment I got onto the water which was refreshing and became a vital part of my everyday life that provided me with resurgence and energy to return to an otherwise rigorous daily schedule. Along with this, I was drawn to the prominence of teamwork the moment I began rowing which has very uniquely taught me the importance of collaboration, dependability and leadership, all attributes that are important to being a successful athlete. Through this one of a kind sport, I have also learned to push my limits and strive to be a better version of myself everyday.  Finally, having played tennis my whole life and joining my high school varsity tennis team as a freshman, I have become comfortable with the skill of time management and the ability to maintain a achieving in a vigorous curriculum along with a time consuming sport since I was very young and this made the transition from tennis to rowing fairly effortless.  Since I am already acquainted with balancing and succeeding in both athletics and academics, I know I am capable of continuing to maintain a structured schedule in college as well. To be given the opportunity to row in my college career would be a once in a lifetime experience.

Along with being a rower, I consider my Middle Eastern background to be another unique characteristic of mine. I have been able to connect with my Syrian heritage by means of pursuing the arabic language on a college level at the STARTALK Arabic Academy, and also through the exposure to middle eastern music. Not only has this given me the opportunity to learn a unique instrument (Oud) and be mentored by world renowned professors such as Simon Shaheen, but it has also opened doors for me to aid Syrian refugee communities and provide scholarships allowing students overseas the opportunity to pursue their musical careers in the US. I have been able to make these contributions through participating fundraising concerts at locations such as the Harvard Club in New York City and the Smithsonian's Freer and Sackler Galleries in Washington D.C., and also by organizing my own events through the establishment of the Levant Music Project; all events have collectively raised over $250,000. Such events have also brought exposure of Middle Eastern Music to many cities and communities in the US, with the goal to shift the common perception of the middle east from one of despair to a symbol of prosperity and cultural affluence.

Finally, I am an academic achiever in the classroom and part of my student government as a Class Representative, Pride Mentor, and Ambassador. Along with this, I have also created clubs such as Mini Thon which will be organizing an event this spring to raise money for pediatric cancer. Having had a family history of cancer, the field of cancer research has always held my interest. Because of this, I hope to major Neuroscience or enroll in a pre-med program and participate in as many research opportunities as possible.

I aspire to bring my devotion to aiding and spreading the culture of the Middle East, my interest in cancer research along with my devotion to rowing with me to college which will hopefully provide me with a platform to share my pursuits.