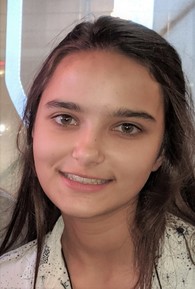 "Go Reva, kick the ball!", my parents cheered. This was 9 years ago at my first soccer game, I was 6 years old. I was inexperienced, and would stumble over myself trying to pass the nearest person, even if they weren't on my team. My knowledge of the game was poor. Needless to say, the games were what I looked forward to every Saturday. When I was 9, I started playing for a club team. The intensity and commitment was ramped up and I had to demonstrate that I could thrive in that environment, and I did. Everyday in grade 4 and 5, after eating a quick lunch, my friends and I would sprint to my locker, grab my soccer ball, and dash to the field to begin playing until it was time to return back to class. Later that year my team and I made it to the top of our division. In middle school, I joined Tophat Soccer Club as an Academy and then Athena player.  Because of the size of the new club I was at,  I had to prove I was worthy of the team. This part of my club training became more about personal growth. This is when I began to find my weak points and use my personal motivation to strengthen them. I also used my technicality and speed to my advantage and learned how to use them. This allowed me to progress to the second-highest team in the club; Navy. Middle school started and I made the Varsity A team for every year I was in Middle School. In grade 7, I received the Most-Improved award. When it comes to soccer, and school, I work hard until I get where I want to be. The Most-Improved award was not where I was shooting, I continued to work hard, and in grade 8, I received the Most Valuable Player award. In grade 9, I played Center Back for the Varsity team. During my year in Varsity soccer, I became the leader of the defense and began to communicate to secure the back. A coach starting an SCCL watched me play, and ended up inviting me to his U17 this year, where I am currently playing.

My dedication to soccer and my motivation to be one of the best also translates in school. I have won awards, been accepted into Duke TIP,  have taken part in many community service activities, but most importantly, I am very respectful to coaches, teachers, and teammates/peers.

Athletic and academics are my priority and I am always willing to work to become an even-better me.