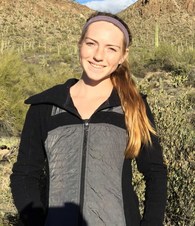 I started playing tennis just after my soccer team won national championships at the Disney Junior Showcase (2010) and the Jefferson Cup (2011), and I played tennis and soccer for two years.  In 2013, I dropped full-time soccer to focus on tennis, although I enjoy many sports.  I train for tennis all year through:

(1) Daily practice at Evert Tennis Academy (5 days a week including hard and clay court match play, drills, and lessons).  My training includes agility and strength training, and I hit with nationally ranked players (top 100 in country) who come from all over the world (basically, it's players who participate in USTA Southerns, USTA Nationals, and ITF tournaments as armatures and pros).

(2) A steady stream of Southern and National USTA tournaments.  I like to play 18 to 24 high quality tournaments a year.

(3) My high school tennis team.  While the competition isn't the same as what I see nationally, my school team has given me invaluable experiences, because I've had to lead, help foster team unity, and deal with a lot of expectations and pressure.

I've been on some team (soccer or tennis) since I was three.  I know how amazing it feels to have the support of teammates and practice at a level that wins championships, and I am looking forward to playing on a team in college.  I've always been passionate about the game and competing.   Also, I'm a solid student, and strong performance in the classroom is important to me.

I think I'm different from many recruits, because:

(1) I'm willing to train as hard or harder than others, and I have years of invaluable team experiences (in soccer and tennis).

(2) I know that my success is often dependent on my teammates.  We need to push and support each other.

(3) I'm a solid student (all A's) so far and always taking a tough course-load.  In fact, I'm projecting I'll finish high school with 6 to 7 APs and other courses that are mostly honors.

(4) In tennis, I will not give up or withdraw from matches or tournaments.

(5) Sportsmanship is important to me, and I believe that comes across when I play in every match.

As I learn more about certain schools and playing college tennis, I'll probably adjust my goals to fit the circumstance.  At this point, in college I want to:

(1) Improve every year, developing my singles and doubles game and striving to play on the top court.  However, I will play anywhere the coach wants.

(3) Play in team and individual NCAA national tournaments and/or help my team achieve its objectives (e.g., earn a bid to the NCAA championship tournament)