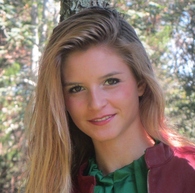 Thanks to all the coaches that considered me as a potential track recruit.  I have made my college decision.

Spring Track 2013:  I became the first female in MIAA history to win the Massachusetts State Championships in the 100m and the 200m.

I currently hold the outdoor Massachusetts state record in the 200m dash.

Winter Track 2013:   I was the Massachusetts 55m dash State Champion.

The Boston Globe crowned me the Massachusetts female Track & Field Athlete of the year for 2013.

I ran the 60m dash at the New Balance Scholastic Nationals at the Armory in N Y City in 2013.

I have a Gold Medal from the AAU Jr. Olympics in Power lifting.  I placed first at the RAW Power lifting World Championship Bench Press Competition 2011.

Watch my videos on:

Thank you in advance for considering me as a potential track recruit.