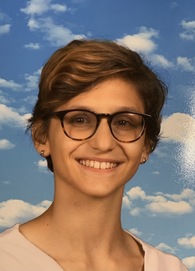 I first discovered my love of running when my second grade teacher took me to the Armory to compete in the 8 and under division in 55m and 200m. It wasn't until a few years later, however, that I joined a school team and committed to competing on a consistent basis with the hope that I will continue improving throughout middle and high school and ultimately, join an NCAA team. When I couldn't compete for my high school because it did not support a track team, I joined a youth club, Chelsea Greyhounds, and have continued building my running experience in various USATF and AAU events as a member of a great team of dedicated runners and knowledgeable and supportive coaches.

While I have competed in various distances from 55m to 3000m, I really fell in love with the 800m when I won the Rising New York Road Runners 800m run at the Millrose  Games in 2019.  Soon after my first win, I faced my first disappointment, failing to qualify for the 2019 USATF Junior Olympics by a single place, but that only strengthened my resolve to continue improving and growing as an athlete.

With my team, I have seized every opportunity to train and compete during all seasons, indoor, outdoor, and cross country, despite the COVID-19 pandemic. I practice five days a week with the team and separately, run on my own every morning five days a week while generally competing on weekends. I really enjoy being a part of a team of highly motivated athletes who inspire me to strive for excellence.

In my academics, which are also very important to me, I have similarly put a lot of effort and have strived for continuous improvement. Overcoming a significant learning disability in the early grades, I have worked very hard to become a well-rounded student with excellent grades in all of my subjects and am committed to pursuing an academically challenging college coursework along with a rigorous athletic career as an NCAA athlete.