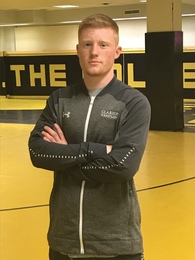 My record for 2018 Senior season is as followed:  (Thank goodness my wrestling coach is a math teacher and loves numbers).

I am looking for Colleges and Universities where I can find the right balance between the classroom and the wrestling mat.    I would like to attend a College / University with major fields in engineering and design, with large school spirit towards all athletic programs.