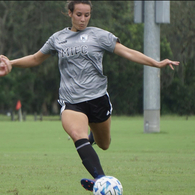 Although I have been a multi sport athlete for most of my life,  Soccer has clearly been my favourite since I was 4 years old. That said, I believe that the richest life is a balanced life. That's why I try to focus on academics, as well as spend time volunteering, training, and keeping my personal relationships intact.

After being presented the opportunity to go to a prep school in Florida, and one of the top soccer academies in the US, it became imperative to seize that moment in order to play soccer at the next level. My plan is to maintain a GPA above 4 while focussing on developing my skills to achieve the next level. As of now, I am strong with both feet, strong on the ball, win my battles, and have a pretty consistent long ball that sets up my team mates for goals. I tend to find the net from time to time as well. I completed my freshman year with a 4.13 GPA (summa cum laude),  as well as qualified for the French Honour Society.

Some soccer highlights throughout the years:

At 13 years old, I was selected as captain, lead the team and 3rd overall goal scorer in the league,  winning the Provincial Championships in an undefeated season

Was selected for a sports/study program at John Rennie H.S. in Montreal, QC

Was selected for the Regional Selection Team for Lac St. Louis in QC, Canada.

Was invited to the Quebec provincial team tryouts

The following year, I accepted a scholarship to attend Montverde Academy, a prep school in Florida, and to play for their #1 ranked soccer academy where both JV and Varsity teams went undefeated. The varsity team won the State Championships for a second consecutive season.

I've been told that my strongest trait is my work ethic and attitude. I have overcome obstacle after obstacle to achieve my goals, and that has served me well so far.  A university that has a culture of strong work ethic is where I believe I'll be able to contribute the most, and that is what I will look for in a college and soccer program. I want to study and play where I am wanted, and in return, I will make that program proud to have me as part of their team.