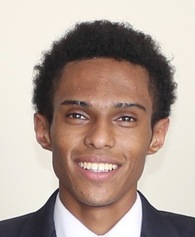 PERSONAL STATEMENT UNDER DEVELOPMENT - WILL BE AVAILABLE JUNE 2020

I grew up in an orphanage, and I am one of the happiest people I know. Media portrays life in orphanages as being miserable - a living hell.  A former editorial writer for the New York Times, Tina Rosenberg, asserted that orphanages should be closed for good, because they damage the orphans, physically and mentally.  But those who have lived in an orphanage often tell a different story. Richard B. McKenzie from the Washington Post says: "I was raised in one [orphanage] and have spent much of my career researching them. My findings have shown positive life outcomes—reflecting my own".

Since World War II, American government policy for child welfare has chosen the foster care system over orphanages. There are essentially no orphanages in the U.S. today.  I advocate for the idea of a menu of choices: foster care for some orphanages for others. Orphanages provide stability, create lifelong brothers and sisters, and many have a loving mother or father figure in charge.

I found great stability living in an orphanage. I was lucky to be placed at Kidane Mehret, an orphanage run by a Catholic nun in the capital of Ethiopia - Addis Ababa.  Kids in foster care are expected to move an average of four to six times per year. Shockingly, some children move over 15 times before they turn 18. Kidane gave me a sense of stability for all the five years I lived there. I never worried about my safety. The orphanage was a safe home for me, and I did not want to leave. I remember being in Kidane when I was about 12 years old and ruminating about where I was going to live after turning 18. The head nun told me that we would still have a separate place, close to the orphanage, so we could feel we were always loved and welcomed. I felt relieved and believed I could go back to my orphanage anytime I needed help.

I was safe and comfortable around my peers and staff members at the orphanage. I had a strong relationship with the staff and the other kids. I always knew where I would put my head down at night and did not have to stress about anything. Children need stability to build healthy relationships with those around them. Stability is necessary to attach to other people. Stability is also necessary for kids to focus on their schoolwork.

The second benefit I found in my orphanage was lifelong brothers and sisters. I remember setting foot in Kidane at age eight and seeing a bunch of kids running around, and not realizing some would be my lifelong brothers and sisters. I made two best friends, Abel and Robel, in the first year. After we were all adopted in our teen years by American parents, we are still extremely close. We keep in touch with other kids who were adopted ahead of us on Facebook. When other Kidane alums travel to New York, we all get together and spend a day catching up on life. I expect that we will be brothers for the rest of our lives.

The third benefit I found in living in an orphanage was the "mother figure" and the nannies who cared for us. At Kidane, I had someone who was a mother figure for all of the orphans - Sister Lutgarda. We always knew she loved and cared about us regardless of our circumstances. I remember when we had parent-teacher conferences, she went to school to represent all of us, and that took away my discomfort because other kids at school had parents. She kept us safe, fed us, and she made us feel like Kidane was our home; we celebrated Christmas, and she shared her Western culture with us during the holidays. She had my best interest in mind, and she worked hard to get me adopted by a nice family.  I felt like she loved me, as we all did.

Orphans in America are missing out on an opportunity for a stable home, creating lifelong brothers and sisters, and have a consistent parental figure. After doing "decades of research," Ms. Rosenberg, the orphanage critic from the New York Times, said that rich countries closed orphanages because they are detrimental for the children's care, but poor countries are planning on expanding orphanages. I am a hundred percent with the expansion of orphanages in the United States of America. It is a compliment to foster care and a better option for some. Living in Kidane not only made me a better person but gave me a loving and caring personality of which I am very proud.

Growing up in Kidane made me capable of attaching to my forever family. I was adopted as a teenager by my American mom. Most people can't believe that we are not biologically related. I fit in perfectly with her family, and we have a better parent/child relationship than many of our friends who are biologically related. My mother and I are so close to the point where both of us seem to have forgotten that we are not biologically related - especially since we look so much alike. Growing up in an orphanage prepared me to be the happy and well adjusted young man that I am, who will go on to impact the world in a positive way.

Brooke Farrar Clarke is a student at The Hudson School in Hoboken, New Jersey, where he is captain of the soccer team and chief editor of the yearbook. He lives in New York City with his mother.