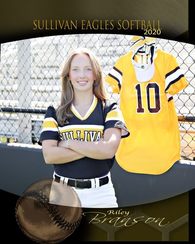 “It’s hard to not be romantic about baseball”

I have watched movies about sports my entire life. Baseball, Softball, Soccer, Hockey, even Cross Country. They all have the same message and it’s typically the cliche ‘You’re not always going to be the winner of the game but you win through the experiences you have’ or ‘the underdog triumphs’ or even the worst ‘hard work pays off’. However, it’s not the message that makes us watch the movie.  It’s the love and passion that comes from the players and coaches and overall energy of the movie that gives us goosebumps and brings a tear to our eyes.

For example, in the 2011 movie Moneyball the General Manager, Billy Bean, says to his Assistant General Manager “It’s hard not to be romantic about baseball”. Meaning baseball is not romantic in itself but they have to market it as such to ‘sell tickets and hotdogs’. Though I disagree. As someone who has spent most of their young life playing sports I can tell you that it is romantic.

The definition of romance is the quality or feeling of mystery, excitement, and remoteness from everyday life. Any athlete will tell you that the game is exciting, that playing the game is exciting. They will also tell you that you never know what the game is going to be like, you can’t predict the score or the plays a team might make. It’s the mystery of what will happen that keeps them coming back to play. The remoteness of playing sports, of being on that field, wearing a jersey and representing the name on the front, of being a part of something bigger than yourself, is romantic. A love between you and the game, so yes “it's hard to not be romantic about baseball”.