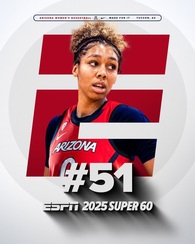 Holland is a straight A student.  In October 2021 Holland decided to tell her High Performance coaches at the USTA that she would no longer be pursuing a professional tennis career.  She decided to pick up a basketball for the first time in her life following her brother’s footsteps.  Holland is a long athletic player with amazing quickness. Her offense is ignited by her defense, with steals, blocks, and deflections always putting pressure on the other team’s offense making them second guess themselves. Holland moves well with or without the ball, creating off the dribble for the 3-pointer. pulling up for the mid-range, or attacking the basket and finishing strong.  Very often she is guarding the best player on the other team easily contesting the ball, blocking shots and grabbing rebounds.    Her defensive prowess is continuing to improve which is becoming evident as she shuts down the top players of opposing teams.  She’s the type of player that builds confidence in herself and her teammates. Many coaches saw her potential last summer during AAU competition with Candace Parker’s Hoop Dreams Elite 17U and FGB.  Now that potential has turned into production and Faith Christian Academy Orlando is the beneficiary for her sophomore year.

Jr All Star Basketball Writes, “Best Prospect:  Holland Harris 6-1 2025 Forward Faith Christian – Saturday was one of the best days Harris had in the gym I have seen. Harris’s year-long transition from tennis to basketball has gone into overdrive with unofficial visits to Florida and Mississippi State this fall but you saw the flashes of her potential turning into production on Saturday. Harris hit 3’s, created off the dribble, and overwhelmed most athletically. In 6 more months we will be talking about one of the best players in the country.”

Prep Girls Hoops writes, “Harris was one of the top front court players I saw all July and therefore moves up 43 spots and inside the top 20.  She is an athletic and versatile forward with great size and strength.  She can play both the wing and forward position and she is an impact player in all areas of the court and is a walking double double and a name that major D1 college coaches need to be familiar with.”

Jr All Star Basketball writes, "Holland Harris 2025 – FL – For as young in basketball Harris is she is an impressive prospect. Harris plays at the rim and has an emerging game handling and shooting the ball. A strong contestant for #1 in 2025 in Florida."

Jr All-Star Basketball writes,  “Holland Harris 6’1” - Wing has big time written all over her. Harris is a power 5 Forward or maybe a generational Florida player at the 3.”

Prep Girls Hoops writes, "Harris is a young talent that continues to get better after each game. Long athletic frame which allows her to play on the block and defend on the wing. Energetic player that gets her team going. Has the ability to score at will. She runs the floor like a track athlete. She finishes through contact at the rim. Harris, only a freshman, has tremendous upside."

Prep Girls Hoops Florida writes, “‘Holland is one of the most intriguing players in Florida. She was a very good tennis player who transitioned to basketball just months ago. You can tell she is an elite athlete with a very good frame for a Freshman. Holland runs the floor well and has a tremendous vertical to pull down rebounds. She’s raw, but she has a TON of potential if she keeps at it.”