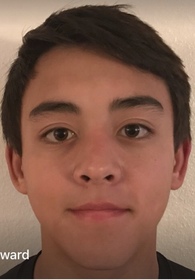 Hard work.  I think that has been the key to my academic and athletic success.  I have always put forth my best effort in school starting with a 4.0 in middle school and national honor society recognition. I currently have a 4.3 GPA in high school, and have earned multiple academic scholar awards.   The most significant when I received the Regis Jesuit High School Loyola Award, which is presented to a select few students who have academic success, strong character, and exemplify the Jesuit tradition.

Starting at an early age, I have been able to play many sports and have thrived as a competitor.  At age ten, I became a black belt in taekwondo.  In the same year, I became a Colorado state champion swimmer, winning two individual events and two relays.  Two years later I was apart of another swimming state championship relay.  I was also fortunate to ski race under Olympian coaches until I was eleven.  At age 12, my underdog club soccer team won the Colorado State championship and I was a leading goal scorer.

Although I have loved playing all these sports, I have chosen to commit myself fully to soccer. I will miss being on my high school swim team this year as we are set to win the state championship, but I was selected to play for one of the top boys competitive soccer teams in Colorado, Colorado Rapids, on their U18-U19 ECNL team and I am eager to improve my soccer abilities.

Through soccer, and my past sport experiences, I proven to myself and to other people that size doesn't always matter.  I am usually one of the smaller players on the field, but  have been able to overcome my size by working hard on my foot skills, learning to become a smart player with good vision, and by using my speed and quickness which is my advantage.  I am able to distribute the ball quickly and with precision, and I am able to body off larger players off by using my leverage.  I am improving daily through my own individual training and by working daily with my soccer, agility, strength, and speed coaches.

I desire to go to a college that has very strong academics and a strong soccer tradition that will improve my soccer abilities and allow for success in both athletics and academics.  I believe that I can be successful in college soccer with my background, ability, and strong desire to achieve success. I thrive on my underdog role and desire to be on a team striving to be the best. My career goal is to be involved in the medical field either as a doctor or in biomedical engineering.