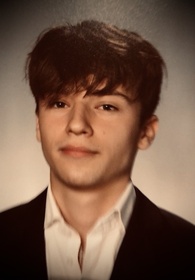 I am 17 years old and I’m about to graduate from high school (Erich-Fried Gymnasium, Vienna, Austria). Even though I was born and raised in Vienna, Austria, I am a German national. I’m passionate about soccer and I’ve been playing since 2012 both at soccer school and since 2015 with my club, Post SV, Vienna, Austria.

I started training at the Brazilian Austrian Soccer School of Vienna at the age of 8 and I’ve since been used to playing against elder, bigger, and stronger opponents. While being a team member of Post SV U14 (teams are categorized according to the highest age /under 14 years player), I was outsourced to play as well at U15. Later, while at U15 I also played U16. And later, while being U16 I played at U18 as well.  Now I’m a player of U18 and I’ve been playing and training with my club’s 1st men’s team within the 4th Austrian division as well.  For the last 4 years I’ve been playing at my age level as well as with the older teammates and I have therefore been playing 2 games most weekends during that period.

Sports run in my family. For example, growing up, my mother was a ski instructor and my father played in the Austrian junior national basketball team. I’ve been very much involved with all sorts of sports ever since I can remember, and I’ve been focusing all my energies on soccer for the past ten years or so.

I’ve always had a strong connection and bonding to the US given that I have family there and that both my parents lived in New York for a while. I’ve been visiting frequently, and I’ve always been very much impressed by US schools and the way competitive sport is handled there.

On the pitch, I’ve always been a hard worker and team leader. Part of my game ability is to anticipate the game, and to move my position proactively while communicating the next move to my teammates. Being an outside back, my speed, skills, and game IQ help to provide maximum outcome for my team on offence and on defense. I use my observation, my speed, and my body as leverage against the opponent and I use my high jumping ability to win areal duels.

I love high pressure and I can perform with constant strength and concentration without running out of steam. My team relies on me to stay calm and focused, and I think that this reflects on them when it is most needed. As captain, I lead the team and assist with further motivation and instructions. I can switch quick and efficient to play the ball into open areas. I’m good on the ball and I can dribble, and I know when to pass the ball. I’ve been working hard on my physical skills, and I thus have very good endurance and high-speed capacities which are required in engaging with offense and defense.

I’ve been focusing on a healthy and nutrient diet, as well as education, languages, and communication skills.

In Europe, sports and education are mostly separated, in the US it is combined which I find fascinating. I would love to find the right college team and fight for it. Since my elder cousins told me about their fantastic college experience in the US, it is my dream to go to college in the US and be part of something big and being part of a strong college team myself. I am a winner type, no matter where I am. I bring the winning drive with me and adapting to a different system is a welcome challenge that I can manage. My goal is to become the best version of myself and to contribute 100% to the team’s success.