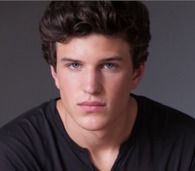 I am the eldest son of Marc and Ruth Bergevin.  I truly believe I have the athletic genes and competitive determination to succeed at the college level.  My dad was a professional hockey player for over 20 years. He spent time with a number of NHL teams including the Chicago Blackhawks and the St. Louis Blues, playing over 1000 NHL games.  However, my sport is soccer.

I have just had the honor of being named to the All-American Team and selected to play in the High School All-American game. I will be one of two goalkeepers playing for the West. Last year, I also had the honor of being one of only five goalkeepers - and the only junior - named All-State by the IHSSCA.  This year I was named All-Sectional by the IHSSCA.  My High School team just won the STATE CHAMPIONSHIP. I was also selected Player of the Year and have set two High School records.  One for the most shutouts in a season and also most shutouts during my career. This was the second year I was the starting varsity goalkeeper, and Captain. I come from a school and club that takes soccer very seriously.  My club has finished 2nd Place in Illinois State Cup for three years straight, having made four consecutive State Cup appearances.  I have become totally passionate about the sport.  In fact, when I graduate in 2015, my dream is to play competitive soccer at a college or university where I can major in Business.

In high school, I am known for my hard work, determination, enthusiasm, collaboration skills, and compassion.  I am a top student who is an active member of several community service clubs.  As such, I find it especially rewarding to be able to help others—whether it is teammates, other classmates who need help, or even total strangers.  While the Soccer Team is my first priority, I actively participate in Habitat for Humanity, having spent a week in Virginia building a house, C.R.T (the Conflict Resolution Team), A.C.E (Athletes Committed to Excellence), L.H.O (Lets Help Out), B.B.H (Brown Bags of Hope) and I am a soccer referee.  In addition, I enjoy photography and am involved with the school’s Photography Club.  I am also the photographer for my school yearbook. We also raised $8,000 to support KICK which was a soccer benefit we organized to give the inner city children much needed school supplies. In college I would hope to contribute some of my photos to the school yearbook or newspaper.  Whether I'm on the soccer field or serving others, I especially enjoy getting a winning result!   In that respect, I am very competitive.