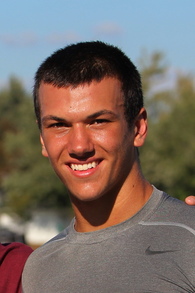 I have been selected to attend 2 National showcases in 2014 for the second year in a row. Both are generally reserved for juniors with D1 offers/potential. Even though I am only a sophomore they both have asked me to return:

***2014 Under Armour/Rivals Showcase. This is an INVITE ONLY event and I have been selected as a player that they would like to attend. This event is Saturday, April 12, 2014 at in New Jersey.

***Invited to one of only six 2014 Elite 11 QB Regional Camps for the 2014 National Elite 11 Competition held this summer (ESPN). I have accepted the invitation and will decide on which location to attend as soon as I have my college visits planned for the summer.

One of the TOP RANKED YOUNG QB in the Country by Rivals, MaxPreps, 247Sports  & other major organizations

1) named by Maxpreps as one of the TOP 10 sophomores or freshmen at any position in the country to watch. This list also included USC verbal committ, sophomore David Sills: http://www.maxpreps.com/news/article.aspx?articleid=950cdede-9034-4e6c-aade-418b1621a117&page=10

6) featured and named by MaxPreps as one of Top 50 players in the country class of 2016.

9) played QB for 8th grade EAST team in 2012 Eastbay All-American Bowl in San Antonio, TX at the Alamodome. Threw 2 TD passes & no turnovers in 40-14 East Victory. This game runs in conjunction with the Army All-American Bowl.

12) Invited to prestigous IMG Academy's 2012 All Madden Team Camp - this is the only invite only camp IMG runs and I was the youngest invitee.

13) invited to perform at Syracuse University's 2012 Rising Seniors Football Camp as an 8th grader, an event normally reserved for incoming seniors to show off their talent for college scouts. Then Syracuse coaches, Doud Marrone & Nathaniel Hackett (both recently hired by Buffalo Bills) raved about my performance. They said I had outperformed all the seniors at their both their camps.

national article - http://www.youth1.com/football-headlines/new-york-quarterback-jake-zembiec-is-a-top-2016-prospect.html I started every game on varsity at QB this past season as a freshman. I was the first freshmen to ever start varsity at AQ. Aquinas is the enrollment size of a "B" school in NYS and we have played in the "A" classification for years. This season we were moved to "AA", the largest classification in NYS and with me playing QB, we won the "AA" title. Aquianas is one of the top ranked football programs in NY, having produced a number of college recruits over the years. Most recently D1 prospects Jarron Jones (Notre Dame) and Jahmahl Pardner (Pitt). I have a great work ethic on the field and in the gym, but I feel my strongest quality is my leadership.