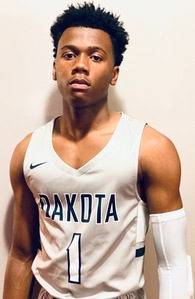 I am Joshuah Hines, and I am a 2021 PG/SG. I have played on varsity since my freshman year.  As a freshman, I lead our team in made three-pointers and three point percentages. I also set the schools 2nd All-Time free throw percentage. I was .5 percent from breaking the record. As a freshman, I was the sixth-man, and since that time I have been a starter.

On the court, I do a lot of things very good. I am a point guard who runs the offense effectively and possess the ability to shoot the ball as good as a high percentage shooting guard.  I am the player that coaches and players on the opposing team often yells "Shooter!" At 6'1, I am very athletic. I finish well at the basket, attack aggressively, and will attempt to dunk on a defender. Fundamentally, I am sound with good footwork, strong handle, deep range, and a consistent mid-range shot. I was named by my coaches the team's Offensive Player of the Year and Co-Offensive Player of the Year my freshman and sophomore years.

Defensively, I am tough and quick. I take pride in defending the toughest and best guards. My coaches named me Defensive Player of The Year this past season. The one area that I have focused more of my time on during this shutdown has been improving my body. I have gained weight, gained more muscle, increased my vertical, and have grown another inch. Since last season's highlights, there's a noticeable difference in my appearance.

I am a multi-dimensional player. I study the game and train to develop multiple ways of scoring. I rep-out a lot when training, so that I am very comfortable and confident when taking my shot. If I shoot a shot in the game, even if it's a very deep three-ball, my coaches have confidence in me because they know I can make it consistently.

I am a leader. I lead by example in all that I do, on and off of the court. I maintain good grades, don't use drugs, and I make good choices. I became a leader on the court as a freshman when I exceeded the expectations of my coaches with my work ethic and scoring ability. I gained the respect from my teammates because there is absolutely no one on my team who out works me on both sides of the court. Team and winning comes first for me, so I am willing to do whatever it takes to put my team and teammates in the best position to win the game. Overall, I am positive and very coachable.

Academically, I am an honor roll student since my freshman year. Both of my parents graduated college with master's degrees and education is very important to my family and me. My ideal school will be one that offers good standards in academics and basketball. I want to play for a coach who's demonstrated a record of winning, who knows how to develop guards, and who knows how to relate to his players. I want to join a program that compliments my style of play and maximizes my abilities.

I will bring energy and work ethic that exceeds the expectations of my coaches.

Some of my accomplishments include:

(Other local and state-wide recognition not mentioned)