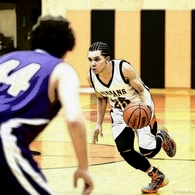 Statistics render status as a player with multiple skills contributing to team needs.

Expect to continue improving my basketball skills and do not have limitations on college selections or levels of competition.

Played on Championship teams throughout my career and primary goal remains pursuit and achievement of Championships.