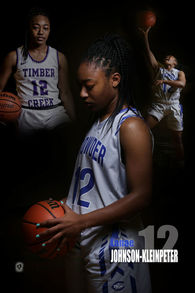 I am currently a Senior at Keller Timber Creek High School, a public school of over 3,000 students.

I am also currently a member of Texas Lone Star Red AAU team here in the DFW area.

I am very interested in pursuing basketball at the collegiate level while attending a University with a competitive academic reputation.

As the only freshman on the 2016-2017 varsity team at Timber Creek, I was expected to keep up with the upper classmen which were juniors and seniors. In my freshman year, we finished our fall season coming in 2nd in the NE Lions Club Tournament and also finished 2nd in the MT Rice tournament over the Christmas break, which was a fantastic way to close out the first half of our fall season.

We closed out our basketball season my freshman year with a record of 18-9, finishing 4th in our district and making it to the first round of the state playoffs.

During my sophomore year we were busy making history and setting new milestones. We ended the season with a record of 29-5 (11-1 (District Play). We set the record for most wins in a season, winning our first tournament and best of all we claimed our first district championship in school history. I believe I played an integral role in the team’s success. I am considered to have excellent vision and strong defensive skills, which helped us to create many scoring opportunities during the year. This past year I set a personal goal to be team captain. I accomplished that goal and was named team captain at the start of my Junior year.

During my junior year we finished 3rd in our District as well as Bi-District Champions for the 2nd year in a row (1st time in school history for this accomplishment back to back).

As a Senior we have won 6 games and lost 2 as of November 2019.  We have won one tournament as consolation winners.

Academics are just as important to me as basketball. I am currently torn between two degrees, Math and Science degree or Kinesiology and Biomechanics.

I take great pride in my academics and I know how to balance school and athletics, as I am a diligent student ranking in the top 30% of my class of over 740 students. I maintain a 3.7 GPA while taking a challenging workload, heavily weighted on Pre-AP courses.

I have played both at the point guard position as well as a shooting guard.