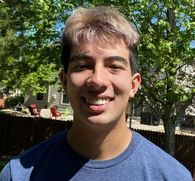 I have been playing soccer since I was 4 years old and was home-schooled through the 8th grade.  Since 9th grade I have attended and played soccer for Broomfield High School.  After losing in the semi-finals on PK's in 2018, we came back and won the 2019 Colorado 5A State Championship. Broomfield finished the season ranked #1 in the state and #19 in the country.  I was also named All Conference.  Broomfield has been to the state finals five of the past six years, winning four championships.  In total Broomfield has won eight state soccer championships, which is more than any other CO school.

During the 2019 regular season I played attacking mid and received just a few minutes of rest each half.  The playoffs were extremely grueling as we drew the "bracket of death" having to beat three teams who were ranked in the top 4 throughout the regular season. Two of those games were decided on PK's and the third in overtime.  Of our 5 playoff games I was rested about 10 minutes the first 2 and none the final 3.  I was moved to forward for the semi-finals and finals as our leading scorer was out due to a red-card suspension.  I had two assists during the playoffs and nearly scored three times.

During the spring of 2019, my club team (03FC Boulder Academy) won the State Cup (4-0-0: 9 GF/3 GA) which allowed us to compete in the Far NW Regional Tournament in Boise, ID.  During the season we went 9-0-0 (30 GF/3 GA) in the U17 Colorado Champions League where I had 11 assists and 2 goals playing mostly attacking midfielder.  Although we did not advance in Regional's we competed well losing 1-0 to S California and 2-1 to N California.

Something that makes me different from most players is that in addition to regular practices, camps, etc,  I spent over 5 years playing countless hours at a privately owned indoor soccer facility called "Go Soccer" that allowed kids to play small sided one-hour supervised 4 v 4 sessions. These sessions gave me a great deal of time on the ball which really helped develop my footwork, passing and ball control.   I went to Sweden during the summer of 2017 to participate in the Gothia cup which was an amazing experience to play with and against players from all around the world.

I have a cumulative 4.3 GPA, scored a 31 on my ACT.  In light of COVID SAT testing is currently on hold.  I am very coachable, always pushing myself to be better and liked by each coach I've played for.  Everything I have and am currently doing athletically and academically is helping to prepare me for college and college soccer.