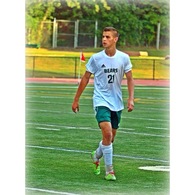 My Most Recent Soccer Awards/Accomplishments - newest to oldest - are as follows;

March 2014 - Asked via email to send schedules in order to come to games, by Umass-Amherst & Rutgers-New Brunswick & NJIT, but informed them all of my BU Commit.