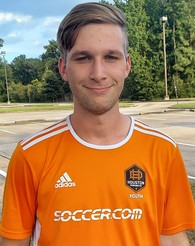 I am Ethan "Mondo" Coulter First off, I would like to thank you for viewing my profile! I'm am a Senior at Brookeland ISD in Brookeland, Texas, and I'm in the top 10% of my graduating class  Graduating Class of 2022.   Additionally I was honored to be voted '21-'22 Brookeland HS Homecoming King by the HS Student Body.

I also take dual credit college classes at Angelina Junior College, Lufkin Texas.   I am a Christian and I’m a very active member of Tanglewood Baptist Church in Jasper, Texas.  Every Summer I attend Church Camps and volunteered at East Texas Baptist Encampment in Newton, Texas.

I am very active in Highschool Sports and Academics.  I'm a Varsity member of the Cross Country, Track, Golf, and Baseball Teams. I'm also very active in Academic UIL Competitions

My number one goal as a collegiate student/athlete is attain my Bachelor's Degree, but I am currently undecided on my future Degree Plan.

My second goal is to play collegiate level soccer. I know I am a good candidate for any team because my work ethic, character, values, and my faith are the driving forces behind my passion to become a better person on and off the field.

I've played competitive soccer for 13 years, and I am the type of player that perseveres through sickness and injury to help lead our team. My commitment to my team and teammates is unrivaled.

In 2013 I joined the Houston-based club, Albion Hurricanes FC. Below is a chronological list of the teams that I have been rostered with, National Tournaments, and European Training/Competition:

2016:  I was part of a Team of Players from Texas, North Carolina, and Florida that traveled to Pontivy France where we competed in an International Tournament.

2019:  My '04 Albion FC Team finished Ranked #11 in ECNL. We completed in the ENPL Regional Tournament in Rockford Illinois, winning two of our three matches. Our only loss was to the #1 Ranked Team in the Nation.

2020:  Season was cut short due to Covid19, but my Albion Hurricanes FC ECNL '04 Team had qualified for the ENPL Regional Tournament in Colorado.  All Events were canceled.

2021:  My '04 Albion Hurricanes FC qualified for Regionals in Greensboro NC.

My primary position is Center Back, but I can play Defensive/Attacking Midfield, Right Back, and Center Forward.

I am a right-footed player, but I can also pass, cross, and strike efficiently with my left foot. Some of my major attributes are my strength/physicality, my vision, my soccer intelligence/IQ, and my overall effort throughout the course of the game.

In summation, I am a very versatile, open-minded player that will play any role needed by the coach.  I know that I will be a valuable asset to any collegiate team that gives me the opportunity to play at that level.  Once again, thank you for viewing my profile and I hope to hear from you soon!