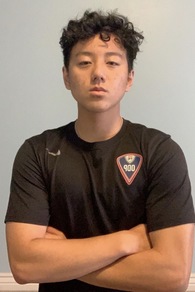 I have had extensive participation in USYS’s ODP program. On a State level, I made the pool every year eligible (spanning 7 years). I have been to two Region IV Championships with Utah and those teams were tournament finalists both years. I have been invited to Region IV Camp 5 out of 6  possible years including this last one. I have been named to the Region IV pool twice and was selected as top 18 this last year.  That led to an invitation to the IMG Interregional event for USYS last December and the international trip to Rome, Italy.  That trip has been postponed to October 31 - November 8 in Barcelona, Spain.  I do feel that I have a good chance to be selected to Interregionals again this year

In 2019 I trained with Malaga CF’s Cadete team (Malaga’s top youth team for my age) for a month and did my schooling in Spain.  That Malaga team was the top team in its league which involved the southern part of Spain. I was eligible to train for 3 months per visa limit, but, the local teachers could only support a 30 day absence. Because of not being a contract player and not being registered with La Liga, I did not play in the first team matches but was able to play matches with the second team in regional play.

I scrimmage with the University of Utah’s Men’s team in the winter off-season (club)  and have done so since my Freshman year of High School.

In high school, I was a part of Viewmont’s 5A State Championship Runner-up Team as a Freshman. In my Sophomore year, Viewmont was Region Champions. My Junior year was paused after 4 matches.  I played varsity and  almost every minute.  Our team had 5 total goals (0-1 2OT loss, 2-1 OT win, 3-2 OT Win, and 0-1 loss).  I accounted for 2 goals and 1 assist.

I play Club Soccer for MetaSport FC since the club’s inaugural year. I have played 1-2 years up for the entirety of my time there (almost a half decade). Before MetaSport I played for Forza FC since my first year in recreational soccer.

As MetaSport is sub-club under club League 30, I have also played matches with Gremio. Most notably, I played in two Regional President Cups with them.

Through all of this experience, I feel that I am a versatile player that has been trained to play in multiple positions (8 field positions on an ODP level).  Beyond that, I have experience in transitioning between multiple systems, in different roles (from reserve to Captain), with rosters of varying talent (D1 to Region IV 18 to Spanish Academy), and has played for almost every type of coaching style.

I work hard in the classroom as well with a cumulative GPA between a 3.7 and 3.8.  That GPA includes AP and Honors classes. I also just completed my initial SAT and scored a 1160.  I plan to take it again.

I have volunteer experience with religious, community, and cultural, events. I have also volunteered as a club coach, referee, and with the local Top Soccer program.  At Utah Youth Soccer Association‘s 2020 AGM Awards Gala, I was awarded the E4A award. It is unusual for HS Juniors to win any awards because they are tied to scholarship amounts. It was given because they felt I exemplified the Especially 4 Athletes mission (www.especiallyforathletes.org). There is only one recipient of that award.   Finally, I was one session away from completing my USSF Grassroots Coaching License before COVID-19 cancelled group gatherings. I would have used it to train sessions and possibly a team at the club level.