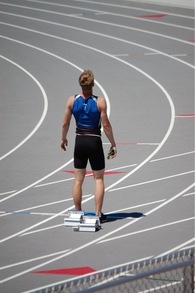 My name is Jacob Hyde, I attend St. Thomas More high school, in Rapid City, SD. I am class of 2020, and hope to run college track after. I work hard and am determined to do my best. I have competed in 2 sports through out high school. At the start of my junior year I have decided to not play football due to past concussions, and wanting to dedicate myself to track.

I started running track in the spring of my 8th grade year. I was able to prove that I can compete at the varsity level early in the year before we started competing in meets. That year I would run the 100, 200, 400, 4x400, sprint medley, and long jump, and triple jump. I would compete in the sprint medley running the 400 at the state meet.

Outside of track, I am a great student, inside and outside the classroom. I am easy to get along with and will give you my best. I am active in our church and help in the community.