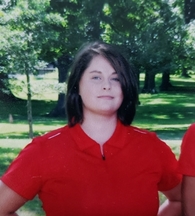 I have been golfing since I was around eight or nine years old. I became more serious about golfing at the end of my sophomore year because I came around to understanding competition. We didn’t have a girls team that year, so I got to play on the boys’ team. I had to golf against people who could hit a lot further than I did, so I had to play smarter than them, not taking so many wasteful shots, so I could stay caught up. After playing in the Toledo tournaments, I realized I have to work harder because I had real competition. The girls I would play with taught me how to stay patient, focused, and level-headed. My junior year was the first year our school has had a girls team ever. Those girls have taught me to have fun, and enjoy golfing with people, even if I have to be serious about it. I wouldn’t trade those experiences for anything else.

During my years of high school golf, and even my years of just golfing, I have gained some important skills. I am open to instruction, if something is wrong with my swing or I’m not doing something right, my coach or even my dad, will ask me to try this or that until we see what fixes the problem. I guess just trial and error. I am also very aware of my swing and how I hit the ball. I noticed that I had this skill since I was younger and just starting out. When I top the ball I can tell that I stood up, or if the ball goes off to the left, I can tell that I rolled my hands to much or if I just had too much of an outside-in swing; and I am very grateful for those skills.

A lot of people ask what I want to major in, and when I tell them that I want to major in animation, preferably 2D computer animation, they tend to not understand. Well, after college and I get into the real world, I would like to work in an animation studio or somewhere like Netflix or Cartoon Network; maybe even Disney if I’m lucky and work hard enough. I think the biggest influence I have had as a golfer and as a person, are my friends and family. They are the ones who have pushed me to do greater things, and they have supported me in what I want to do and who I want to be. I am glad to have so many amazing people that love me, and are going to be with me through all of these great achievements and future plans that will come.