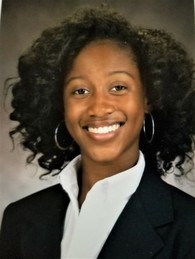 I am passionate about track and field, I love the preparation, camaraderie, and competition.  I am naturally shy and track and field allow me to express myself,  both verbally and physically.  Additionally, it affords me the opportunity to be with my peers that have a common interest and goal.  I love the uniqueness of the sport in that it is both an individual and team sport simultaneously. Your first place is not just a first place for you but first place points for your team.

This season I had the opportunity to compete against some of the most gifted athletes in the United States many who some were ranked in the top ten nationally.   After talking to them about there goals and dreams,  listening to there strategies,  observing their commitment, as well as training with and competing against them I concluded my 2018 season not with just medals, trophies and winners caps, with a greater appreciation of what is required to be ones best.

As I approach my junior year in High School I will take what I learned and experienced and prepare myself educationally,  psychologically and physically for a breakout season.  Please stay tuned for my 2018-2019 competition season!