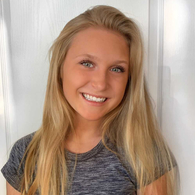 I would love to one day play professional soccer, and make it on the Senior USWNT. When I was younger, I was always the smallest girl on the team, so I had to put in a lot of extra work to become more of a technical player. Because of that, I can guarantee that I will be the hardest worker on your team. It also helps that I love the game with all of my heart and I would play every minute of every day if I could. As far as academics, I plan to study business and take pre-law courses. I would like to be a role model where I can encourage young girls to believe in themselves. I'd like to help them realize that if they put in the hard work, they can accomplish anything they want to in life.

Grace was the top scorer on her U15 Real Colorado National ECNL team, accounting for 70-percent of the goals during the ECNL Fall season. She scored 5 and assisted 2 of the 10 goals. She also scored and assisted more goals in the Arsenal Cup and the Phoenix Fall Showcase. Grace has been the Top Scorer on her Real Colorado Team for 5 straight seasons. She has held a 2-1 ratio for scoring over any other player on her team for several seasons in a row. Rossner can score, pass, and shoot equally well with her left foot as her right. Her primary position is Attacking Mid, but she also plays Left-Wing, Right-Wing and Forward.

Rossner has worn the captain band in the majority of her season's games.

Rossner was also ranked #1 on her REAL Colorado U15 National ECNL team in technical testing. The program was developed by April Kater, former US Women's Soccer U14 National Team and the current 05 ECNL Real National coach.

TRAINS UP WITH U16 REAL NATIONAL ECNL TEAM:

Rossner's scores also put her as one of the top technical players a year upon the 05 Real Colorado National team. Grace trains up on the 05 team on a weekly basis.

NAMED MVP IN OUTSIDE TRAINING:

Grace is passionate about soccer, continuously training with boys 1-3 years older outside of her club team.

Grace was named MVP at SIQ academy. The coaches attributed it to her "soccer aggression and explosiveness."

Grace was also highlighted in the featured game for ECNL during November's ECNL Phoenix showcase. Grace scored the first goal in her team's win over the Eagles. She also assisted and helped drive the attack for the teams 3 game shutout, putting Real Colorado in first place for the showcase.

-"LEGENDARY STATUS AWARD" for Coerver Colorado for 14/14 All Body Parts Juggling. First and youngest player to ever receive the award.

"I love coaching Grace Rossner. She is a very skillful and technical player on the ball. She shines on the field and is fun to watch. She is a diverse player who can play almost any position, but no matter where she is she has an appetite to score goals."

Coach Rivers called Grace a dynamic player that excels in all areas on the field. He also said she is probably one of the most technical players to ever come out of REAL Colorado. He has trained the likes of Malloy Pugh, Sophia Smith, and Jaelin Howell. Feel free to reach out directly if you have any questions for him.

My name is Sean Kelty and I am the Executive Director of Premier Soccer Development Academy based in Colorado, which trains and develops elite athletes from the youth (ECNL, GAL, DPL, NPL), collegiate (DI, DII, DIII, NAIA, & JC) and professional (MLS, NWSL, USL League One & Two, & MASL) levels whom currently participate on U.S. Youth (Boys and Girls) and Senior (Women's) National Teams.  There are certain athletic and emotional tendencies, behaviors, and responses that you evaluate and cultivate in elite-level athletes that assure you that an athlete will be successful within their own processes and within the game.  While still continuing to impact and progress her own developmental process, it is clear that Grace Rossner currently possesses most, if not all, of these attributes that have not only positioned her as one of the best players in her age group in Colorado but will undoubtedly continue to set the framework for her to become one of the best players in the country in her age group and moving forward.  Grace is an attacking player who exhibits a superior ability to consistently impact the game both and off of the ball with her technique and ability to create space on the ball in pressurized areas with both composure and purpose, intelligent and penetrating movements to disrupt and create spaces in defenses, as well as a unique attacking mindset to create opportunities for both herself as well as her teammates in all types of numerical scenarios both in the possession and towards the goal.  Grace exhibits an intrinsic drive and motivation to be the best version of herself in every environment and she possesses a relentless spirit to overcome any obstacle presented in front of her, which allows her to consistently dominate and progress within the game.

It is without reservation that I recommend Grace Rossner to be considered for all regional and national rankings through TopDrawerSoccer.com as she is not only considered one of the best players in her age group in the state of Colorado but considering the athletes from all of over the country that come into my training environment for development, from my view, Grace Rossner should be considered and represented as one of the best players in the country as well.

If you have any questions or if I can be of more assistance, then please do not hesitate to contact me at [email protected] or by phone at 719-648-5856.